You are here: Home / Ken's Thoughts / Did You Know?

Spending time with Haitian church leaders and working with our Haitian ministry team is more fun than a person should be allowed to have! But I thought you also might enjoy some fast facts, smells, sights and sounds from this trip to Haiti.

Fast Facts About This Trip 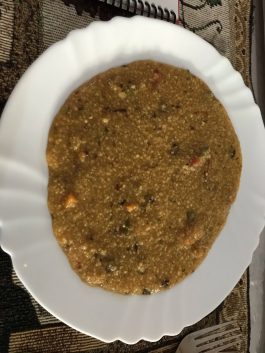 I grew up with grits, you know, the white hominy breakfast food. Called mayi (“corn”) in Creole, these grits were made over a charcoal fire, seasoned with Haitian spices with bits of shrimp thrown in for good measure. Your mama never made grits like this – and they are tasty! Other breakfast foods are spaghetti without sauce but spiced well, ze (eggs) served with lettuce, sliced tomatoes, onions and green peppers. This latter was my go-to to keep my stomach in order. I’ve learned to eat light when I go to Haiti – a little breakfast with coffee and a small lunch of chicken and rice. That keeps me healthy and happy through the days of training! 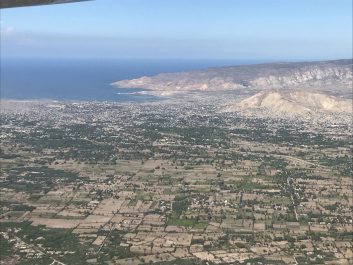 Gonaives lies on the northwest coast of Haiti about 100 miles from Cuba and is the capital of the Artibonite Department. This city of 300,000 people sits on flat land at sea level, making it vulnerable to hurricanes and their resulting tidal waves. In 2004, Tropical Storm Jean sent a storm surge 10 miles inland that flooded the entire city and killed 3000 people. Church leaders still talk about it. Gonaives also is known as the birthplace of Haitian independence because Haitian slave leader, Jean-Jacques Dessalines, read Haiti’s declaration of independence from France on January 1, 1804. Haitians celebrate their independence day by eating simple, tasty soup called joumou that commemorates their humble beginnings as a nation.

I’ve heard this Haitian tale more than once and heard it again this week. It makes a point worth pondering.

Moral: Whatever you do, someone will disagree so just do what is best and ignore the  criticism.

Haitian church services typically run two hours or more, with a 30-minute sermon coming at the end. As we hung out last night sharing “pastor stories,” Ulrick made us all laugh. He told us that a guest pastor came to his church one time, and as the singing went on, the pastor fell asleep. When the time came for him to preach, Ulrick woke him up. The sleepy sermonizer stepped to the pulpit, prayed briefly and told the congregation, “You’re dismissed!”

My First Stop in the USA

I landed in Fort Lauderdale, Florida a couple hours ago. While I love so much about Haiti, especially time with church leaders, I still appreciate the “perks” of living in the USA. 🙂 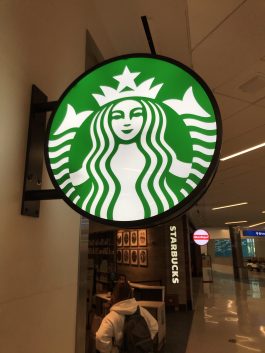 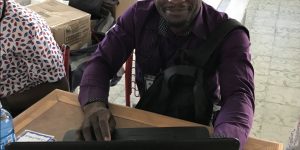 Haitian believers will gather at 4:00pm today to pray for our upcoming training. Pastor Jasmin, one of our key leaders, sent this message yesterday: Hello, brothers and sisters! Tomorrow, God willing, at 4:00pm, we will pray for the conferences in February. We Haitians will gather at the church where Pastor Michel is. Thanks. God bless […]

Esau Paulema, Co-Founder and Haiti Liaison We consider Pastor Esau the founder of Thompson Bible pastoral training in Haiti. In 2010, he asked us to return to Haiti to train pastors. Since then Esau has prayed and worked tirelessly to make every conference happen. He is a humble, … END_OF_DOCUMENT_TOKEN_TO_BE_REPLACED

“In so many ways the Lord has prepared me all my life for this season of Kingdom work . . .”  Read More »

Partnership of Pastors International​, a nonprofit organization  to dedicated to encouraging, equipping, and resourcing pastors and churches in developing countries.